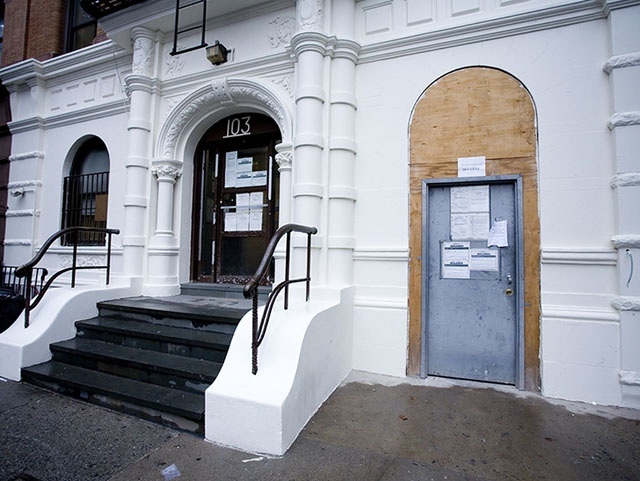 Increasingly, the Upper West Side is not an eating wasteland. One of several newbies slated to land this fall is Dovetail, where Compass alum John Fraser will make his solo debut. First, from the September Flo Fabbage: "John Fraser, who helped Compass find its way after a rocky start, will open his own modern American place designed by Richard Bloch, which will feature a special sherry menu and, on weekends, afternoon tea." And now, let's cut to the just-in press materials. The cuisine will be "locally sourced American cuisine with a global perspective," and regarding the design, "Richard Bloch designed Dovetail’s interior to showcase the interplay between existing building elements and streamlined, modern design. The effect is understated and refined with a hint of the raw and industrial. Guests are greeted by a double-height vestibule with basalt and stainless steel stairs leading to the 75-seat main dining room."

We sent the Kalina in to check up on progress. His finding are below. 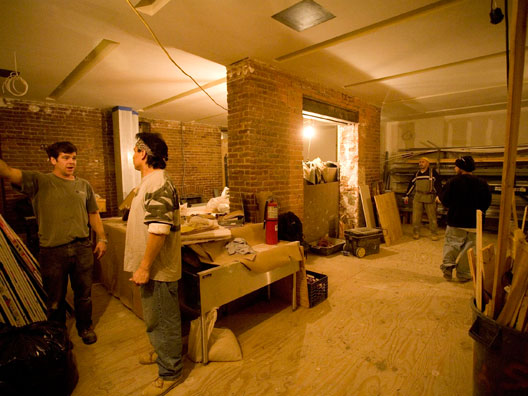 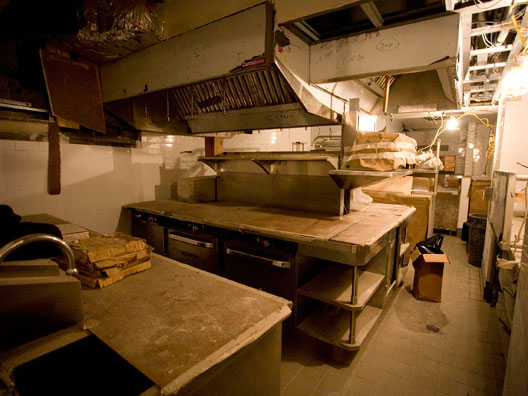 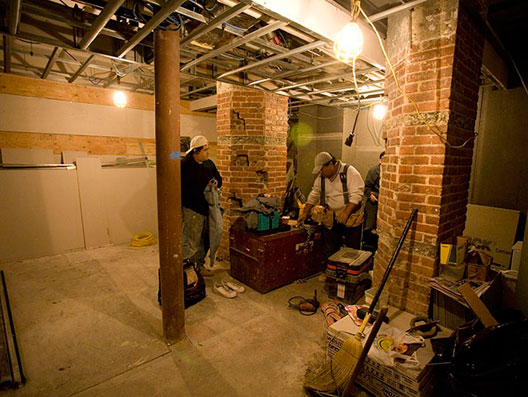 Plywood by special engagement of the Kalina