Live From Red Hook: Peter Meehan on The Hook

Share All sharing options for: Live From Red Hook: Peter Meehan on The Hook

With respect to the restaurant scene in Red Hook, few are bigger supporters than Peter Meehan, food writer and $25 and Under columnist for the New York Times. He's written and blogged about the neighborhood extensively in the last two years. He's had the Ball Field's back since the start and was the first of the biggies to say the Good Fork was serious. We checked in with him this morning, via IM, on the general state of affairs out here. 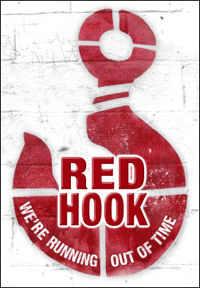 EaterRedHook: so, this is red hook, huh? you been here lately?
PeterMeehan: Hmmmm. Not for a while. Early season soccer taco run.
EaterRedHook: first things first: is the Hook over?
PeterMeehan: Yes and no.
PeterMeehan: Is the the new black? No. That's why they call them brown zones.
PeterMeehan: But the things that lured me there four or fives years ago are still there and will still be there: sonny's, cobblestone streets in poor repair, underpopulated and slightly scary waterfront property, that creepy abandoned silo building, soccer tacos, etc...
PeterMeehan: I think the Good Fork's success is pretty cool. That place should have flopped like the rest of 'em, but I think instead of reading their own press and flying their "kings of red hook" flag high, they hunkered down and kept the restaurant good and appealing.
EaterRedHook: although when Ikea opens, and people have access to those Sweedish meatballs...
PeterMeehan: face it, Red Hook is going to stay Red Hook.
PeterMeehan: Want a neighborhood where you can play with your band at top volume until 6 a.m.? Red Hook.
EaterRedHook: if you don't mind traveling two hours to get to and from?
PeterMeehan: 45 minutes from EV to RH. Fact.
PeterMeehan: Faster than I can get to 99 & West End.
EaterRedHook: another neighborhood busting at the seams.
PeterMeehan: true.
PeterMeehan: no subway = no bueno
EaterRedHook: es la verdad
EaterRedHook: Well, here's the bottom line debate for today:
EaterRedHook: Red Hook: Are we there yet? And if not, when? And can we hold out for the Ikea? And when the bomb that is Ikea goes off, will any of this pristine red hook of 2007 remain?

PeterMeehan: I think the answer is this: Red Hook is dead! Long Live Red Hook!
EaterRedHook: come on, Meehan
PeterMeehan: or: people don't mind driving through underdeveloped Brooklyn to save money. Look at the creepy spot that the Costco out there is in. Red Hook isn't well-serviced enough to attract young strugglers who need bars to work in or subways easily accessible so they can go work for the man. Those are the people who typically help kick start gentrification.
PeterMeehan: so what's going to happen?
PeterMeehan: It's going to continue to be five different neighborhoods crammed together in one ugly little corner of brooklyn: the projects aren't going anywhere, nor are the blocks and blocks and blocks of blocks of low-rise industrial buildings.
PeterMeehan: Some people will see it as a hub for weekend shopping: a good place to for disposable swedish furntiure and cheap vegetables.
PeterMeehan: and the media will keep portraying it as a neighborhood on the cusp because nuance is boring: it's either the next big thing or it's already over.
PeterMeehan: the fifth group are the people who live there, who buy a few greens from added value farms, used to throw the occasional game of horseshoes at Pioneer, think Lenell's is weird but patronize it anyway because it's in the hood and wish that Barbara Corcoran had never noticed their little slice of NY life.