Suddenly, Quite the Excess on Essex Street

Share All sharing options for: Suddenly, Quite the Excess on Essex Street

Long an afterthought in the Lower East Side bar and restaurant scene, Essex Street is suddenly, out of nowhere, experiencing its 15 minutes of fame. As one clever Eater tipster has it, "Is Essex Street becoming the new restaurant row? Excess Street, anyone?"

1) 133 Essex Street: We can now report that the new, seemingly unnamed bar from the Fat Baby/Spitzer's Corner owners, about which Thrillist offered some fresh intel earlier today, actually opened for business last night. From an Eater source: "It wasn't pushed, barely even to friends and family. It's definitely not ready but it had something to do with the upstairs tenants being assholes (the 'fake signers' accusers). Bathrooms have no stalls or locks; bar is barely stocked; country music was a-playin; bull is definitely there but seems to be lacking cushioning underneath, unless thats part of the deal—death. So, as of last night, its open. Not sure of the name, thought it was Evan Ford, guess not." Developing...

2) 179 Essex Street: Here we have a newcomer to the upper stretch of Essex, between Houston and Stanton, just a few doors down from the Essex Ale House. There's precious little intel available about what's going to be called Essex Kitchen, but extensive analysis of the signage by Eater experts leads us to conclude this will be a noodle joint.

3) NW Corner, Essex/Stanton: As reported earlier this week on Racked, there's a "wholesome foods" store going in at the corner of Essex and Stanton. Click through for a photo of this mega-hotness. 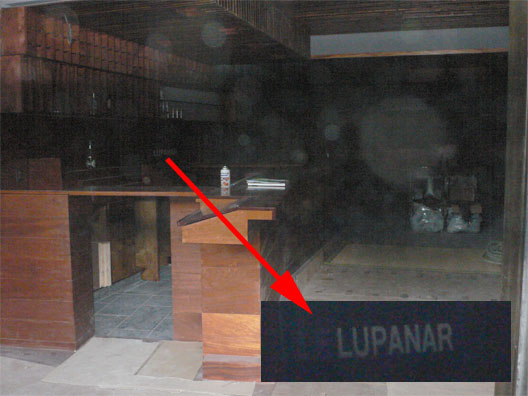 4) 103 Essex Street: Finally, we have this doozy, a spiffy new restaurant set to open next to the McDonald's between Rivington and Delancey. Close readers will remember the reader email we published a few weeks back that read as follows:

Can someone tell me, is there anything in the way of Plywood going on at Essex and Delancey? My stepdaughter in Burlington, VT, is dating a guy who claims to be about to become the chef at a place opening at Essex & Delancey (to be called Le Lupanar). My hunch is that guy is full of shit. Any inklings?

As one Eater commenter so aptly put it at the time, "i think your daughter is giving it to the new chef of le lupanar sorry to say." And a recent visit to the space confirms it—well, the name at least, and that the space looks pretty good. Anyone know when they plan to open the doors here?