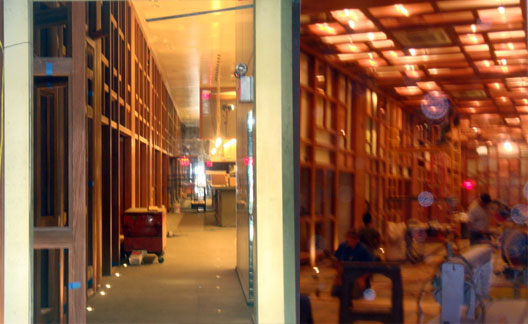 For starters, as previously Plywooded, we're dealing with a restaurant whose name is a palindrome. Cut the strings and soar, people. Per FloFab's fall preview, ilili is the brainchild of chef Philippe Massoud, who plans to offer "high-end Lebanese food, with some dishes touching on Phoenician outposts like France" in a big two-story space. And, yeah, this place is big. A special correspondent sends along the above pictures, the first known peek inside the interior, and this note: "ilili's 'Late Summer' opening is looking more like Late Fall. I snuck in for these two pictures (the second is blurry from me rushing away from a worker). Looks like a 3,000+ sq foot space but I could not see around the back right corner. High ceilings showing off some nice woodwork." They're actually answering the phones at ilili now, which means they can't be too far off, but they're also saying "two weeks," which we all know means at least four. 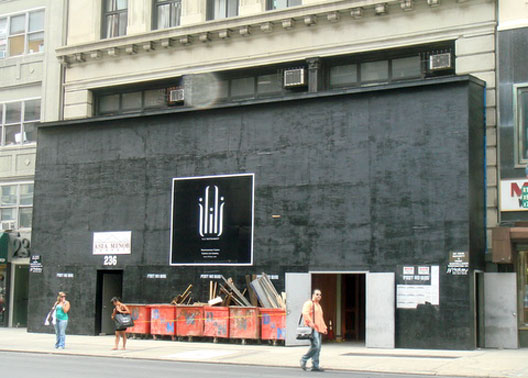