By the time nightlife impressario Ivan Kane pulled the plug on his bar/burlesque performance space concept, Forty Deuce, in Nolita last month, work had been underway in the massive space since early in the summer. How far did Mr. Kane get before the community handed him its stop-work order? By way of a special tipster, today we find out. 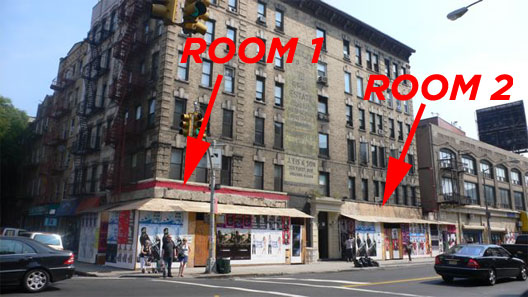 The view from the outside, on Broome Street. The establishment is actually made up of what appear to be two separate rooms, though we assume Kane planned some sort of teleporter or naked chariot device to move patrons between the spaces. 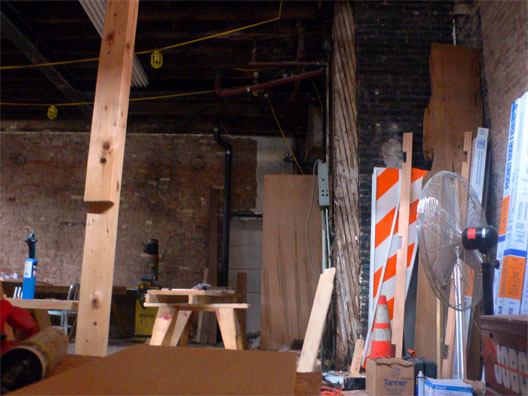 A look inside Room 1, which features some mighty fine brickwork. 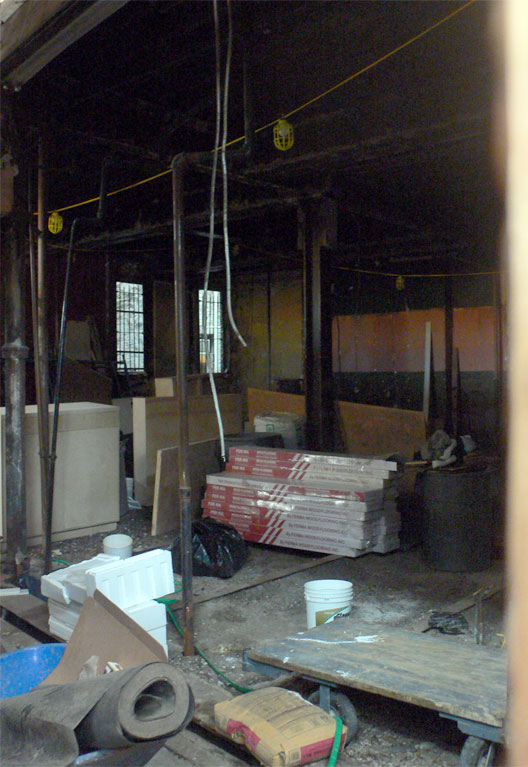 And this here is room two, which somehow has windows at the back of what we'd assumed to be a very dark space. Kane, baby, you're a master. 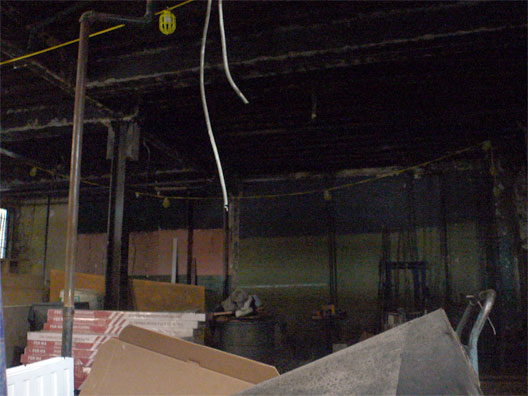 A less illuminating view into room 2. Had we the technology at hand, we assure you we'd have triggered some sort of trancey soundtrack for this post. Perhaps if Kane does actually revive this concept and wage battle with the community board, we'll do exactly that.