East Village: To First Avenue we go, for an important low-end chicken joint update. From a high-ranking East Village contact: "This banner, which I initially thought was a joke or parody, is on the East Village's famed Green Monster/Wall of Shame building on 1st and 13th, a frequent Curbed topic. It appears "Señor Pollo" will actually be going into the space right next door, the former Rancho el Girasol, which closed shortly after The Wall went up." [POST-PLYWOOD] 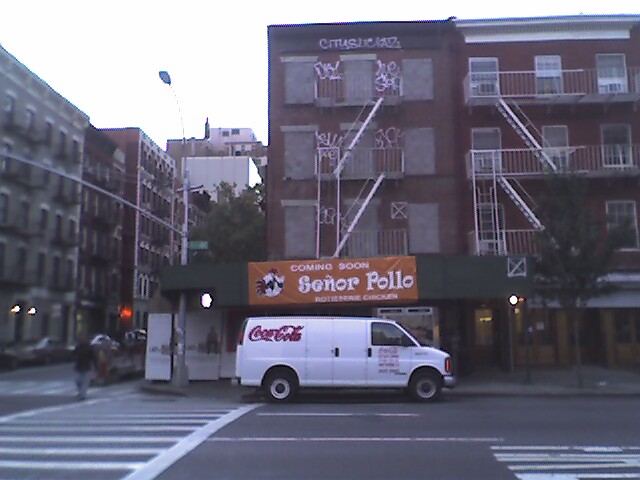