Share All sharing options for: The Gatekeepers: Ethan Richardson 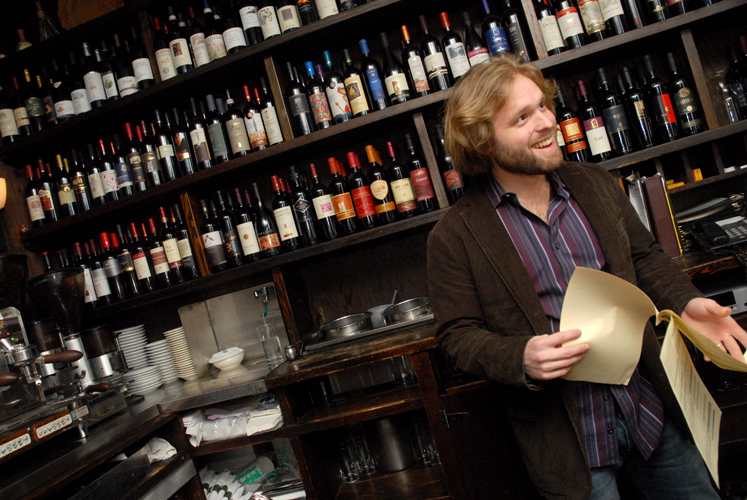 'inoteca, turns a middle aged four this year, which makes Jason Denton's (Lupa) other playpen unofficially an elder statesmen of the gentrified Lower East Side. Locals would probably have the venue a bit more local and a bit less discovered, but such is the reality of the best places: they're known. Waits at the 50-seater can be upwards of two hours on a Saturday night. The man who knows the routine best is Gatekeeper Ethan Richardson.

Ethan: Truthfully, 99% of people that hear us quote 2 hours are willing to wait. We’re very appreciative of that percentage. Know that it usually takes longer to sit larger parties (6 or more can make a reservation), longest wait I’ll ever quote is 2 hours. If it exceeds that, I’ll stop taking names and tell them to come back in 3 hours, because I think it's ridiculous to ask someone to wait three hours to eat, but it won't be far from the truth. We serve until 300AM. You come in at 259AM, and you’ll get a full meal, so there's plenty of time for everyone, if you have the time that is. 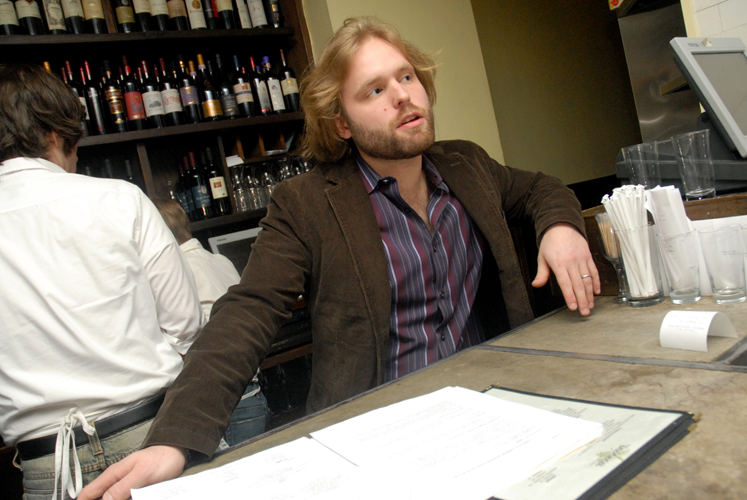 Slipping us money won’t help. We're a “pool house”, and all money goes in the tip jar and distributed amongst the staff at the end of the night. The real reason we won't take money is that we truly want everyone that walks in here to have a fair and equal opportunity to get a table. We won’t bump someone else already on the list, not even close friends and family.