Share All sharing options for: The Gatekeepers: Leah Cheatham 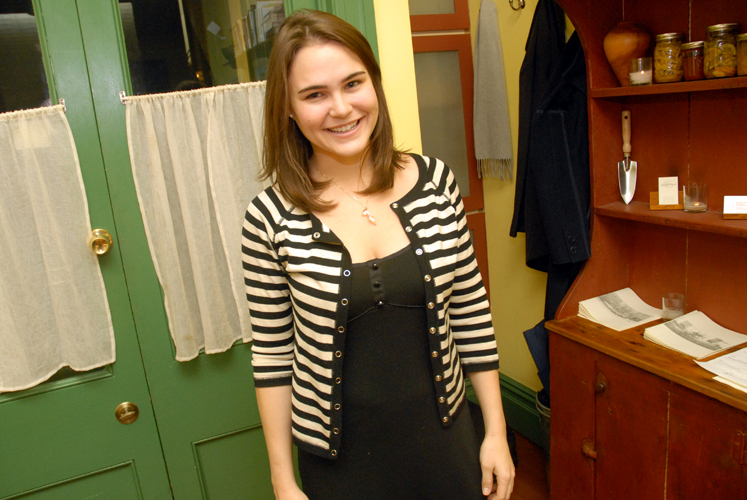 Laura and David Shea's applewood opened in September 2004 and since then has generated the kind of local following on which institutions are built. Hordes of regulars, not VIPs, line the dining room here. Though during off hours tables are often available, prime-time tables are quite hard to come by. Managing the circus of Park Slope faithfuls is Leah Cheatham.

Leah: "There are 44 seats and a bar, which can be problematic on weekends, as we offer dinner at the bar, and many people do dine there, leaving very little space for those waiting or just interested in drinking. We generally save at least one table for walk-ins. On a typical weekend night, there are 3 turnovers. I can take your number, as you walk around Park Slope."

"I try not to give (wait) times, but rather, educate people of where the other diners stand in their meal (i.e. "nearly approaching dessert"). This way, there's an upfront understanding that the time it takes another table to eat their meal affects the wait most of all". 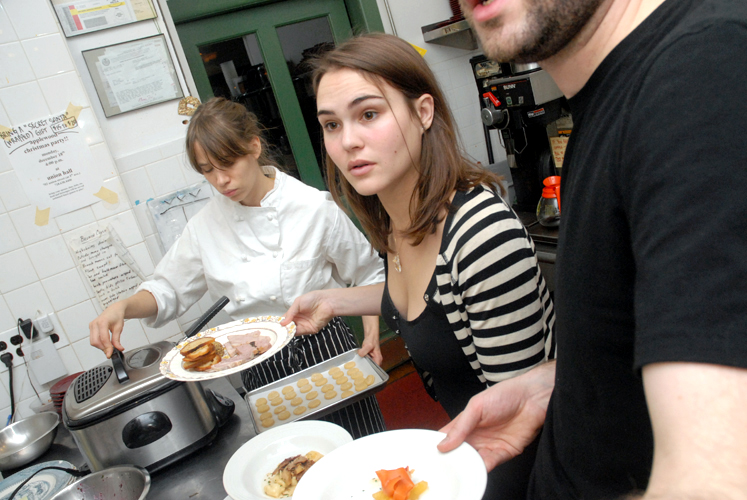 "The only pseudo-loophole is when people call and fake a reservation, stating that they spoke with so-and-so, and that there must be an error. There is that chance, but we take numbers, call the evening before prior to 6PM, which are all steps necessary to hold a table. I try to think the best of people, but you become somewhat cynical when this becomes a common ploy."

"We don't get much for rude behavior. We're a neighborhood restaurant. Any week nights are good times to stop by, with the caveat of course, that 7PM - 8PM maybe less successful."