1) This week, Oliver Platt's brother is at Gordon Ramsay, where the formal dining room and bar get two and one stars, respectively. His overall reaction is, zzzzz. Though Bruni hasn't weighed in yet, what is most remarkable about Ramsay is that the critics have been in total, unprecedented agreement. Once again:

As our plates were finally being cleared away, past midnight, none of the weary diners at my table had anything horrible to say about their food. On the other hand, no one was babbling with rapturous excitement, either. Despite the solid quality of the cooking, there is a connect-the-dots feeling to dinner at Ramsay’s new restaurant, a sense, as the sommelier proffers his list of fancy Sauternes and the overburdened cheese cart trundles into view, that you’ve seen this all somewhere before. And, of course, you have...at Alain Ducasse.

As a bonus knife twist, Platt calls the Bar "a kind of upscale bar and coffee shop." [NYM] 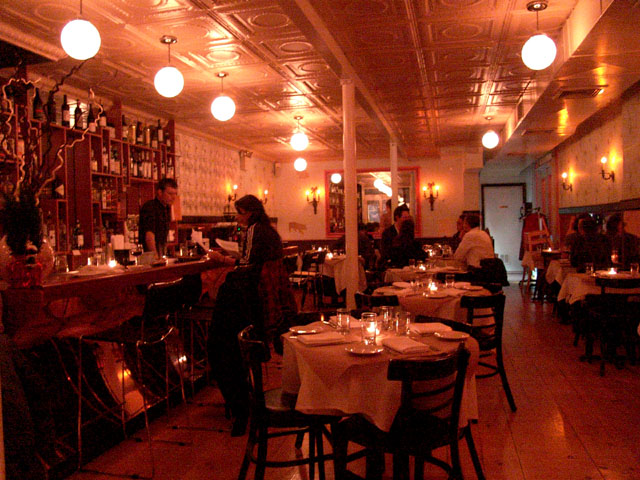 2) Frank Bruni is good for one star at Porchetta , where there is clear disappointment:

Porchetta is a restaurant that’s determined — sometimes too determined — to snap you to attention, to take you by surprise.

But Porchetta isn’t at all traditional. It chases an edginess that other Italian restaurants in its area don’t have in their sights. It’s not doing a tame, by-the-numbers number and asking to be graded on an outer-borough curve.

Its 30-year-old chef, Jason Neroni, is a restless sort, brimming with ideas, bursting with ambition. That quality is at once the engine of his success so far and a threat to its development.

Good: the Batali-like pastas. Bad: the service and his Beard Award campaigning. [NYT]


3) Alan Richman reviews Waverly Inn, where he actually got in a whopping four times. Despite him being unable to lock down the VIP phone number, he reluctantly admits to liking the joint:

Everybody who came to dinner with me loved the place. As did I. On two occasions, admirers said they wanted to live there...

Plus, the food ain't bad:

The cherry-wood-roasted mussels are firm, served in a salty, natural broth. The Dover sole is shockingly flavorful, although the potato and broccoli with it are so dreary you might regret the choice. Pan-roasted chicken is not just organic and free-range, it tastes that way. It comes with a mushroom-squash compote that ties the clam chowder for irresistibility.

He'll return when he gets "that phone number denied to all." Confidential to Richman: Randall Lane has it. [Bloomberg]