Share All sharing options for: Eater Inside: Porter House

This here is Michael Lomonaco's gut renovation of the space that was V Steakhouse (before photo after the jump). Last celebrated at Windows on the World, Lomonaco has crafted a room just airy enough to make you forget -- temporarily -- that you're just a short mall stroll away from a really awesome Benetton (Kids). The menu is a very serious take on surf and turf, with equal emphasis going to surf items such as copper river salmon. Based on an early inspection, Porter House (along with Marc Murphy's soon-to-open Landmarc) may finally turn the "Restaurant Collection" into a viable upscale canteen for the Columbus Circle and vicinity eating crowd.

N.B. In a move that we can only hope will catch on with other restaurateurs, the restaurant is offering a 20% discount to all, while they work out the kinks. 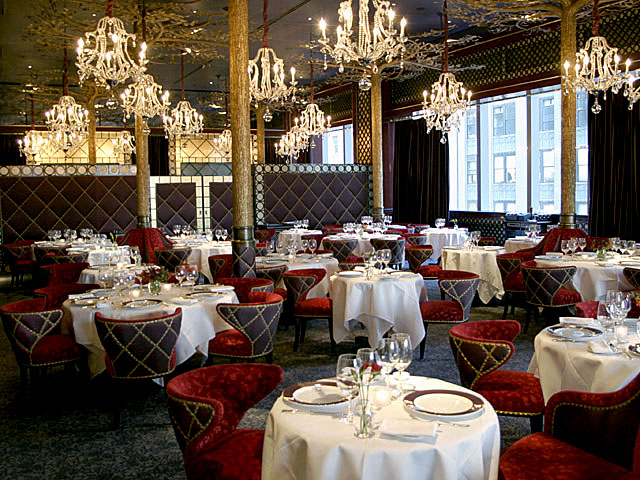