Shall we adjourn to the Dish? Not to worry, there are extra smoking jackets in the front closet if you are sans.

1) Joe at Alessi: We begin in the arena of the NY coffee wars, a bloodbath if there ever was one, where Joe (The Art of Coffee) has countered Jack's (Stir Brew) move to the Seaport with a new installation in Soho (130 Greene Street). (Ker-pow!) Just two days old, Jonathan Rubenstein's third shop is located in the new flagship Alessi store, which was designed by brother of Karim Rashid, Hani Rashid. While Rashid has certainly sleek-ified the Joe design package, the coffee offerings remain signature Joe. 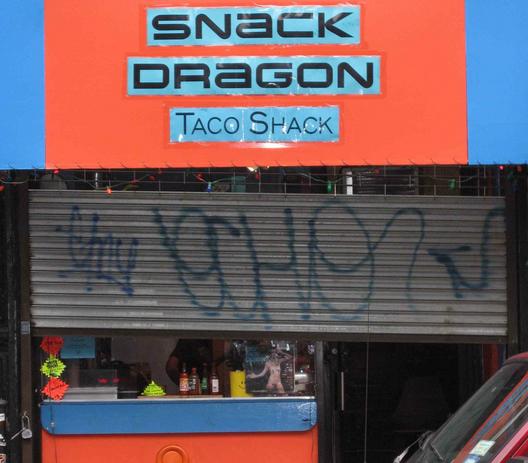 2) Snack Dragon: As promised, Snack Dragon, East Village food shack and taco purveyor, is back. Do note that thus far hours of operation have been a bit sketchy and the general idea is that late is better. In summation, and to quote one of you fine people, "SNACK DRAGON IS BACK!! and so, so tasty. thank god. thank you jeebus."

3) 809 Sangria Bar & Grill: Washington Heights/Inwood gets an upgrade this weekend with the opening of 809, officially classified as "Modern Latin with traditional flavors of the Carribean." Value-add options include two levels, sangria bar, a 'tequila and rum bar' and, brace yourselves, a churrascaria grill. The executive chef is Ricardo Cardona; his menu is here.

Ahead, Manhattan gets real Thai food, the PR Innovator of the Year award, and a rare bit of news from MePa.

4) Zabb: Jackson Heights Thai destination Zabb is now in Manhattan. Though in theory this marks the arrival of legitimate Thai food in Manhattan, early reports are that the transition from Chaa Chaa, the former occupant of 244 East 13th Street, to Zabb is not yet complete; the discrepancy between the Queens and East Village menus being one indication. [Chowhound] 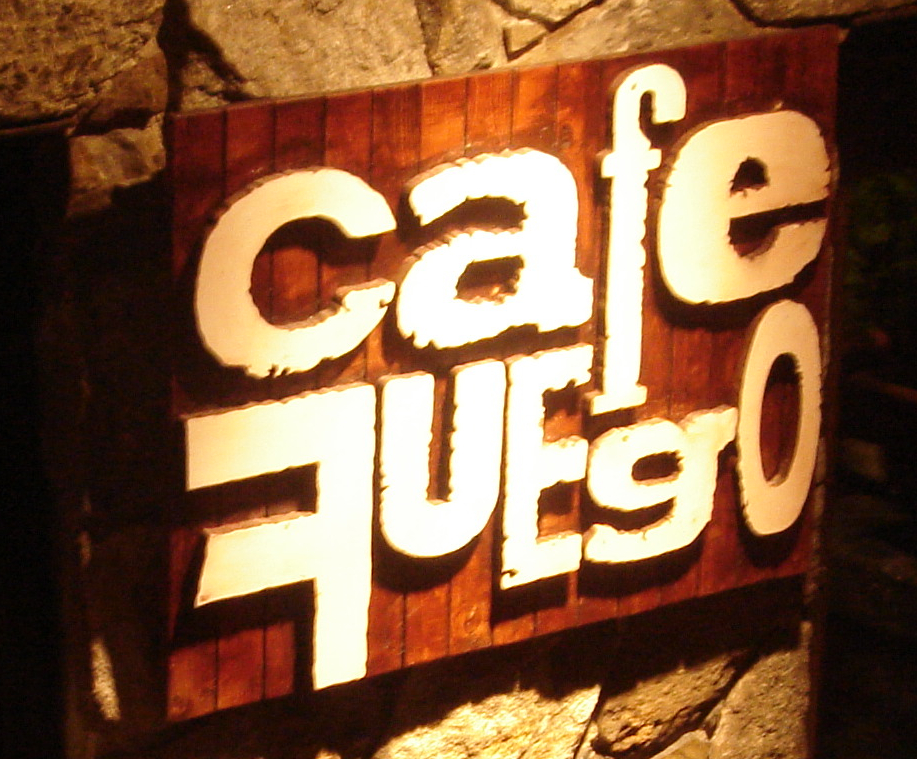 5) Cafe Fuego: Before we go any further, we're pleased to give the PR Innovator of the Year award to the fine folks at Cafe Fuego. We especially enjoy the part of their campaign where they send us random oh-so-casual emails with hi-rez photos attached. Smart. See also, shilling efforts. In any event, held over from a previous Dish listing, we understand that the St. Marks Cuban fusion joint is now, for reals, open.

6) Honey: Finally today, there is, of course, news from the Meatpacking District. In this, the remote confines of the far west village, referring to official press materials is always best: "Nightlife entrepreneur Matt Shendell, best known for creating “it” neighborhood locations, is now taking his latest venture West. With recent successes such as Shampu, Nativa, Dip, Proof, and as a partner in Cain Southampton Club, Shendell is prepared to improve upon the gentrification of the Meatpacking District...Shendell has also made sure to include his signature food item, fondue! Tantalizing Fondues ranging from gooey melted cheddar cheese Tex Mex, to both dark and white chocolate, will be both a comfort and a delight priced at $23 - $35." At 243 West 14th St., Honey is finishing up their friends and family, but probably as early as tonight (do call ahead, 212-620-0077) that tantalizing fondue can be yours.

OK, fine, just one more. But then no more with the MePa news.

7) Tenjune: The much delayed Tenjune (guess when it was slated to open?) seems to now have its ducks in a row and is open-ish at 26 Little West 12th Street. Private parties and such will likely dominate over the next few weeks, but for those in search of the newest hottest MePa hotness, this is it. Owners are Eugene Remm and Mark Birnbaum; this venue is also known as the lounge space at STK. [Urbandaddy]

And so we are left only with the small matter of your dish.