This week, Platt fills in for Bruni, who is covering for Meehan, who, in turn, is picking up Sietsema's slack (who remains dead-set on ignoring the Village). It's a bird, it's a plane, it's The Week in Reviews. 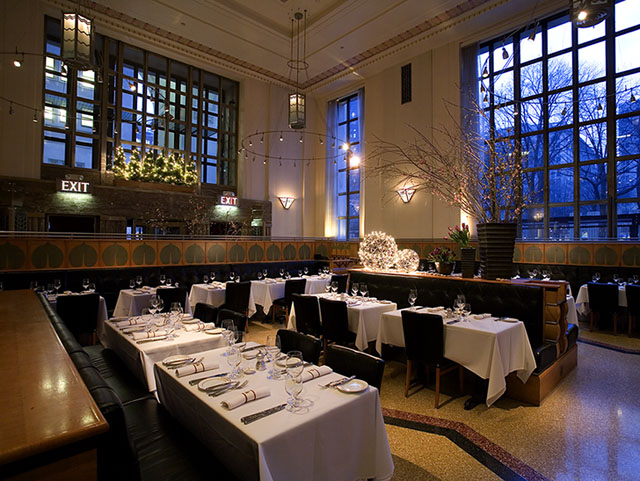 1) Adam Platt becomes the first of the biggies to weigh-in on the newly overhauled Eleven Madison Park, awarding it three of five stars. The most notable element of change, of course, is the installation of Daniel Humm as head chef. Ultimately:

It’s difficult to know whether the hearty expense-account folk who frequent Eleven Madison Park will buy into this new style of food. Despite the cosmetic changes, the big, triumphal room feels a little grandiose and impersonal for such excessively delicate cooking. In an attempt, perhaps, to connect to his new public, Humm tries his hand at bar food, much of which (nice mushroom pizza, weird tea-sandwich-size lobster clubs) isn’t very good. Luckily, there’s not much wrong with Nicole Kaplan’s desserts.

2) Peter Meehan visits the Red Hook Ballfields, where an array of Mexican, Carribean and Central and South American cuisines can be sampled on weekends through October. Though an early summer run-date would have been a bit more opportune for the review, it is no less salivating for the culinary adventurer:

A few stalls [west of Ms. Carcamo and her baleadas] is an operation under a blue tarp with a menu boasting of pupusas and more, tethered to an Econoline van with tinted windows. Visiting it takes a few minutes more than most other booths because the pupusas, prepared Salvadoran-style, are made to order: a filling of your choosing — the cheese-and-jalapeño option is particularly good — is enveloped in a ball of masa, flattened into a fat disc and griddled until it is mottled and crisp on both sides and meltingly hot inside. Think of it as a cooking lesson and a chance to digest all in one. Try the hot sauce and the vinegared cabbage slaw you’ll be offered as an accompaniment.

Ahead, $25 and Under with Frank Bruni and, oh yes, the Elsewhere. 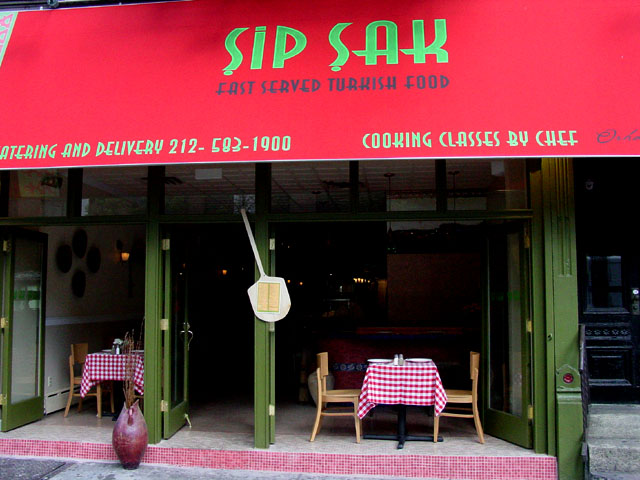 3) In a rare Frank Bruni Edition $25 and Under, the big man one stars Sip Sak and wastes no time to make clear that he knows of all the secret off-the-menu choices. Paragraph one:

THE best dish I had at Sip Sak, an artfully constructed lamb gyro platter, isn’t on the menu. Neither are the terrific stuffed meatballs, versions of kibbe with beef, pine nuts and mint. Or the outstanding lamb sausage. Or, for that matter, the Turkish pizza, which is really Syrian pizza, made with a thin, soft crust that’s folded over toppings of minced lamb and tomato, so the end product looks more like an omelet or even a burrito.

Elsewhere, Hodgson one-stars Allan Stilman's Quality Meats, Adams at Jack the Horse, Brooklyn Heights Blog at Jack the Horse, Sietsema at Jersey City's Suez Canal Fish, Nosh on Chinatown discovery Prosperity Dumpling, Tables for Two at Sfoglia, Augieland at Robuchon, Mona's Apple on Blaue Gans, and via Snack it turns out there is at least one person who still has a thing for Jack Lamb.