Yesterday, we delved into the simmering Freeman's Alley feud between Freemans and alley newcomer The Box, a new nightclub slated to open in September. Earlier today, an Eater correspondent ducked into the sainted alleyway for first-hand recon. His report:

Weeping, wailing, and buzzing of saws—crazed, dare I say, frenetic construction underway inside The Box. You can see immediately why Taavo and Co. are peeved—the infamous "Stage Door" is literally inches from Freeman's facade (above). Checked out the Eldridge Chrystie Street side of The Box, too—presumably will be the front door? If so, they've got a long way to go to make it look presentable. The block's riddled with supply stores, forklifts, and the like, and the cinder block facade looks like shit.

After the jump, two pics of The Box from Eldridge, including some of the seediest plywood we ever done seen. 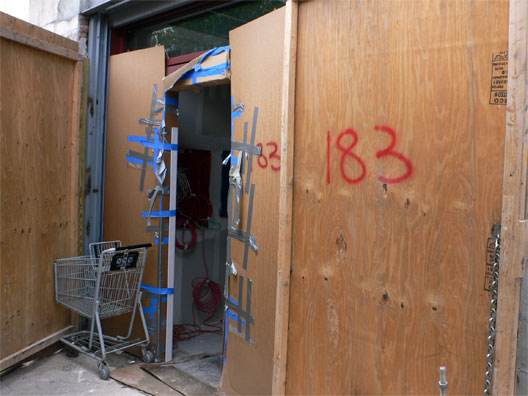 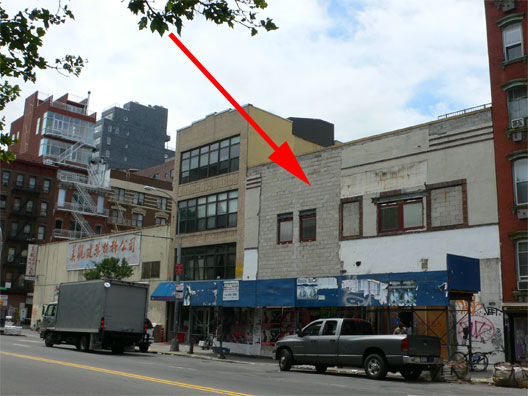