Another robust week of plywood reports from hither, yon, and Park Slope. As always, our thanks to the tipsters who make the magic happen. Seen plywood yourself? Tip us. 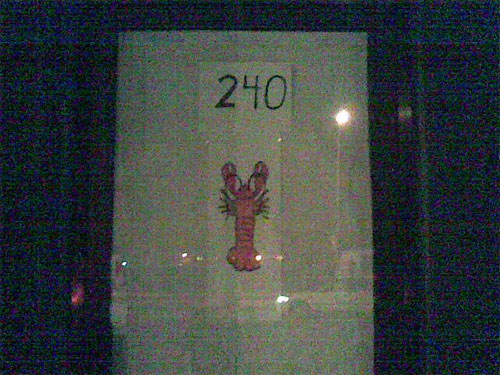 1) East Village: We love a good mystery, especially one accompanied by a photo as intriguing as that seen above. Emails a tipster, "Check out 240 East Houston [just east of Avenue A]. I believe it was an unused annex of Discovery Wines. Been empty for at least a year. The other night, paper was put up over the windows, with a drawing. That leads me to believe it's going to be a restaurant. Very mysterious." [PLYWOOD] 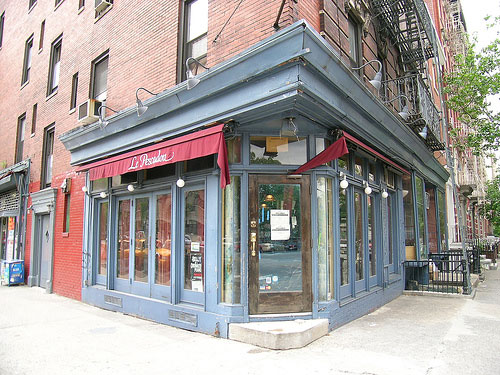 2) West Soho: Gerald from Foodite emails: "a friend of mine, who lives above the old Le Pescadou on 6th and King discovered from a guy working the renovation that the place is gonna turn into a second location of Mekong Restaurant. here's a snapshot that he took (above) -- pre-pre plywood with the building permits ready to go." [PRE-PLYWOOD] 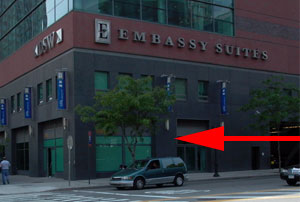 3) Battery Park City: "The corner of Lilli's Chinese Restaurant was walled off and a free standing pizza establishment is going in (right). A bigger question from this neighborhood is: Why are there so many bad food and grocery establishments here? Hopefully good pizza is on the way?" [PLYWOOD]

4) Smith Street: "Walking down Smith between Pacific and Dean, a new Japanse place is slated to open. The sign in the window simply says Ki Sushi Coming Soon. It's just a few storefronts down from Taku. Say what you want about this neighborhood, this time of year is kind of exciting as the old drops out and the new pops in. As long as it's not too many Dunkin Donuts or Starbucks, I'll take some new shops and different restaurants." [PLYWOOD]

5) Park Slope: Twin report from a very active tipster: a) "The corner building next to Barbes has been plywood-strafed for the last month or two, and an appliance delivery earlier this week shed some light. It's gonna be a bakery. Chi-chi level TBD." b) "Also peeked into the impending Red Horse Cafe on 6th Ave. & 12th St. a few days ago, and a hip-looking laddie was staining some shelves. Interior looks espresso-centric, and a glass-front fridge boasts promising bottled bevvies." [PLYWOODx2] 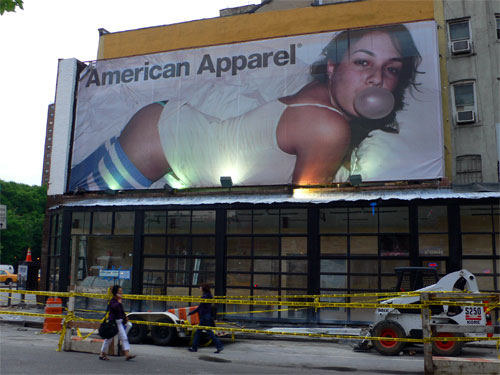 6) Lower East Side: 'Neath the jailbait American Apparel ad on the southeast corner of Allen and Houston, a strange, very narrow space is under development. Eater operatives note that the permits in the window are for an "eating and drinking establishment." The Dov Charney Café, perhaps? [PLYWOOD]

After the jump, bonus Lower East Side plywood as we trace the interior evolution of old friend Bondi Road, plus a very sad sight on Clinton Street. 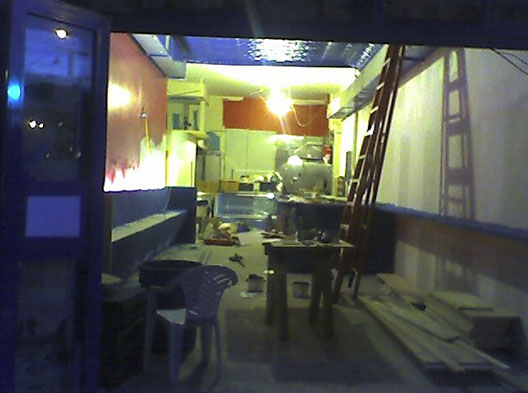 7) Lower East Side: "Very Australian!" trilled our companion as we peeked in on the work continuing at Rivington Street's forthcoming Bondi Road Fish and Chips. Yes, that does seem to be the idea. [PLYWOOD] 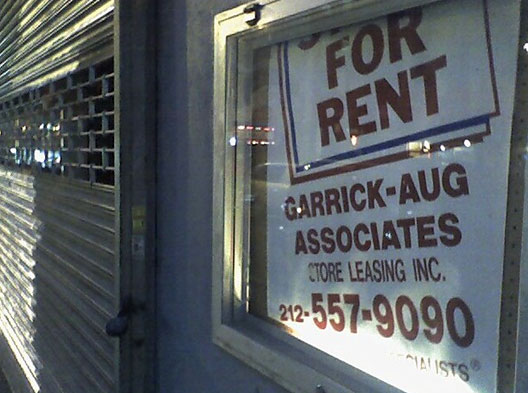