Morimotogate: Who is Trying to Take Down Stephen Starr?

Share All sharing options for: Morimotogate: Who is Trying to Take Down Stephen Starr?

Close readers will note that Eater has been adjusting this story since it came in earlier today. Upon review of our initial item, we're reposting the item in its entirety here, versus piecemeal elsewhere. It turns out that Stephen Starr's Morimoto Philadelphia has positively not had rat issues and to suggest as much would be, as he said himself, "as damaging as calling a priest a pedophile." Good times! 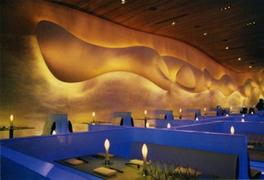 Though it's hard to understand exactly how a mistake of this magnitude comes to be, it looks like the City of Philadelphia Office of Food Protection turned over a health inspections report to Philadelphia Magazine filled with huge errors, such as those picked out by blogger The Illadelph; one violation cited roaches at Continental, another, the worst of all, had a rat infestation at Morimoto. (Even initially the report is somewhat shocking, given that Starr's NY imports did just fine with the NYC DOH, Morimoto having received a perfect score and Buddakan a mere seven points.) When the magazine learned of the problems, they took down the the report and replaced it with a note stating that the report "contained numerous errors, including reports of health code violations at restaurants that in fact had no such violations." Oopsy. Eater also received an email from the magazine which said,

"There exists no allegation, in Philadelphia magazine or elsewhere, that there is any such problem at Starr restaurants and that any conclusions about any restaurants -- Starr's or others -- drawn from the city's inaccurate report would be wrong and irresponsible."

Double Oopsy. And a note from Big Steve himself:

"We have looked at all of our reports and we've gone though our records. We have had nothing like rats. Every restaurant gets violations, but I have no idea where this report came from. It's not even close!"

All of this leads to the question, What the bloody hell goes on in Philadelphia? We're not exactly talking typos here, folks. How does a report this wrong get on paper in the first place? Who is trying to sabatoge Stephen Starr?
Foursquare