Closing out an afternoon that can only be described as plywoodlicious, here's the week's regular plywood rundown... 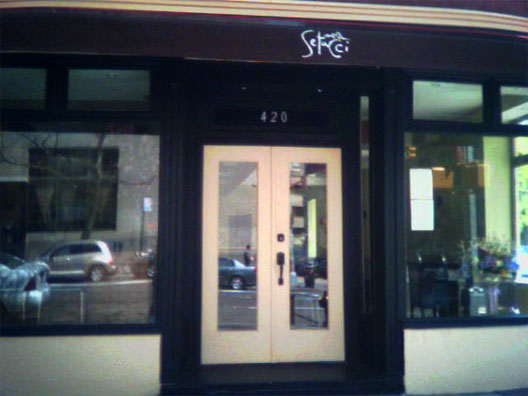 1) Tribeca: Listen carefully and you can already hear the buzz starting to build for Setacci, an Italian newcomer readying to open in about two weeks' time on the corner of Leroy and Hudson (above, the former Chick-Inn space). The chef, Joseph D'Angelo, promises an entreé price point of $26, with tasting menus for $65 and $95. An ample bar awaits, too. [PLYWOOD]

2) Upper West Side/Park Slope: A neighborhood combo we don't see very often thanks to—wait for it—Dirty Bird. Per a Bloomberg report: "Joseph Ciriello, a partner, said he hopes to open additional locations in the next six to nine months. A second shop could be on the Upper West Side, he said, and a third in Park Slope, Brooklyn." [PRE-PLYWOOD] 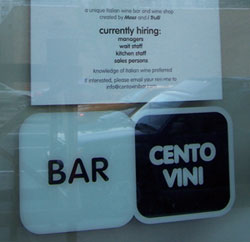 3) Soho: Two bar reports. a) "Here's a pic from this new wine bar on Houston, Centovini, opening between Greene and Mercer (right). 'Knowledge of Italian wine preferred.' b) "At 131 Chrystie Street below the retail/ art space will soon be a new bar called home sweet home slated to open sometime in May." [PLYWOOD]

After the jump—because we just. can't. stop.—one final plywood sighting from the LES.

Thanks to our many tipsters for what might have been the greatest plywood afternoon in Eater history. Seen something new in your neck of the woods? Do let us know. 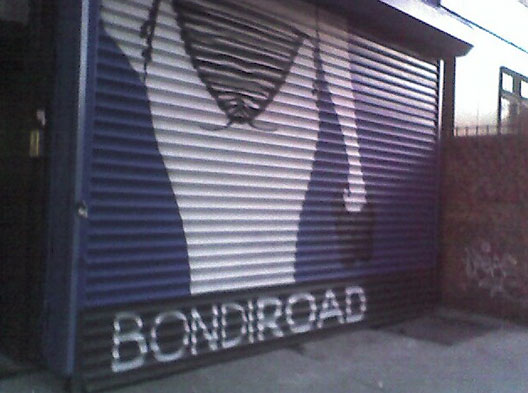