Share All sharing options for: Plywood Report: Below Delancey Edition

Let's close out the week with some plywood, shall we? A gorgeous Friday called out to us to do it up oldskool, trolling the Lower East Side for signs of new restaurant and bar life. For this particular adventure, we're heavily indebted to Time Out New York's Leslie Price, who penned a nifty article last week (not linkable, alas) about the burgeoning restaurant scene south of Delancey Street (BelDel, in the parlance of those who debate these things).

Newcomers mapped above: Casanis, at 81 Ludlow Street (at Broome) and Clandestino, a new bar next door to Les Enfants Terribles on Canal Street (at Ludlow/Essex), both set to open this month.

With such a beautiful afternoon following a gloomy morn, everyone was hard at work whipping the new joints into shape. After the jump, a look at new Orchard Street bar-to-be Outlet and a glimpse of the newly opened neighborhood Mexican El Bocadito which, although post-plywood itself, hasn't exactly escaped the surrounding construction frenzy. 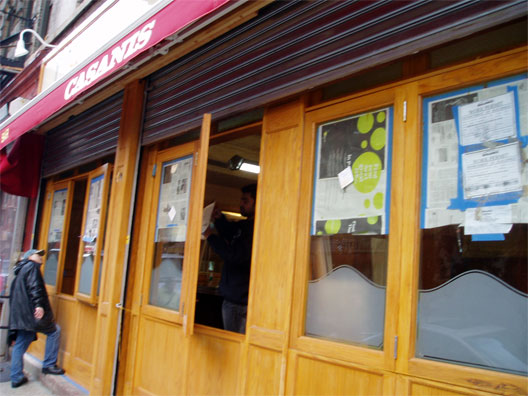 Hard at work at Casanis, the new French bistro at 81 Ludlow that looks almost ready to open. 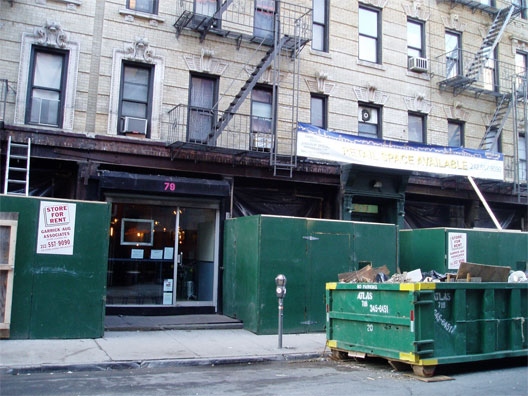 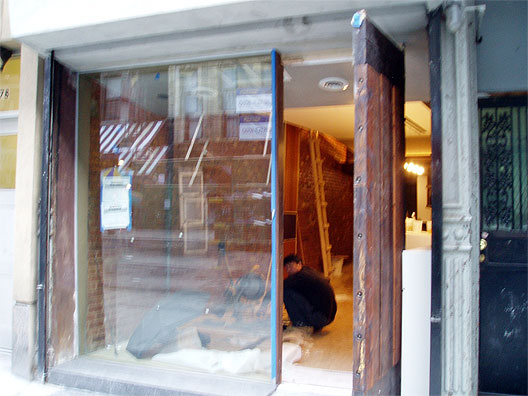 Across the street from El Bocadito, work underway at Outlet, a new bar seeking to open by the end of this month.