Share All sharing options for: Second Ave. Deli Update: HOLY SH—Er, Or Not

It was to be a quiet day at Eater HQ. That is, until an email arrived in our inbox with this subject header: Hooters coming to 2nd Ave Deli vacancy. Our first thought: Frank Bruni will be pleased. Our second thought: let's get special Second Avenue Deli photo correspondent Keith Kin Yan to the scene. Moments later, he was there, snapping the above photo and filing this dispatch:

Apocalypse avoided for now. I just went out there and yes there are signs saying Hooters summer 2006, but it looks absolutely fake (Ink Jet printout, web logo and comic sans font). Thank god, it's only some hipster playing a prank on us.

Not to mention that the signs are affixed to the outside of the glass—with scotch tape. But oh, what a prank. Eager to see for ourselves, we headed to the corner of Second Avenue and East 10th, and stood for about 10 minutes as passers-by of all ages literally stopped dead in their tracks, mouths agape. Our reaction photos (not of Overshadowed quality, alas) after the jump. 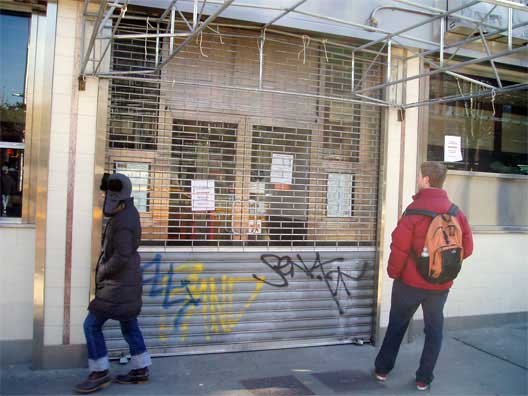 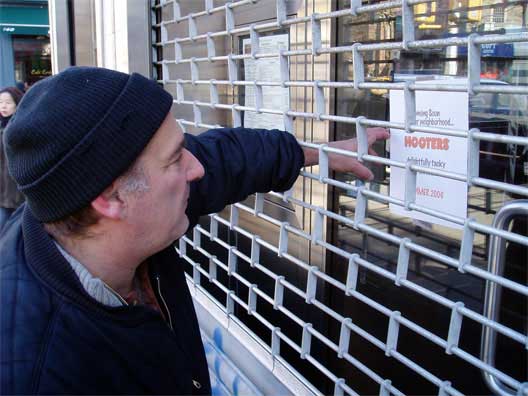 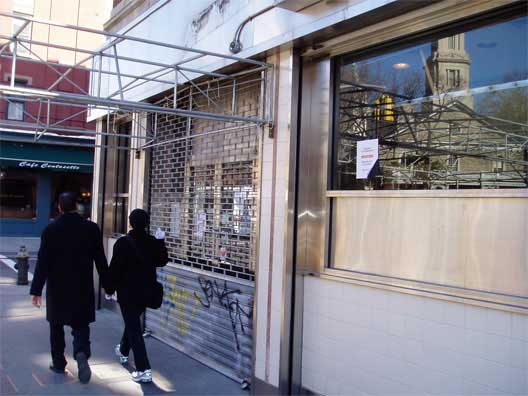