Share All sharing options for: The Gatekeepers: Joe Perret 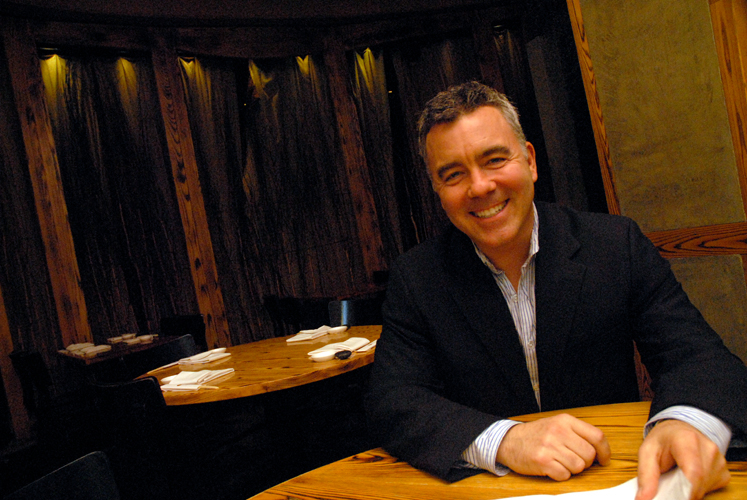 Spend an hour any night of the week at the corner of Hudson and Franklin Streets and you'll understand why Nobu is Nobu. Bobby D's standing resy (at table #44) is just the tip of the iceberg. As such, the Gatekeepers at Nobu are a unique, and uniquely skilled, breed.

Joe Perret:"If someone offers money, I refuse it outright. If you take it, they think they own you. A thanks is sometimes given in the form of gifts after a meal (i.e. scented candles, flowers to the hostesses). There should only be a reward after the service has been rendered."

"We avoid giving the 'regulars' the same table, so they don't think of it as 'their' table, so if it were not available, they won't feel slighted."

"The windows seats and corner booths are prime real estate. People come in saying they made a call 6 weeks ago and spoke with so-and-so, and reserved one of those tables. We only take reservations a month in advance, do a callback with confirmation number the day before just to avoid such disputes."

"Four and three star restaurants have changed, no tie, jeans / t-shirt, so just and 'looking the part', doesn't give you an advantage, not to say we don't advise 'dressing up'."

"Be friendly, nice and accommodating if there are any problems. We defend the way we operate our (reservation) system. Yes, there have been errors in the past, but we do our best to work it out in a quick and courteous manner. It's not like the bigger fuss you make the more you'll get."

Previously on The Gatekeepers: Iris Espinosa of Mary's Fish Camp; Ivilisse V. Esguerra of Mas; Mario Haro of Saul; and the team at Spotted Pig.