Sometimes the media, whether digital or deadtree, makes the people angry. Today, the people lash back. 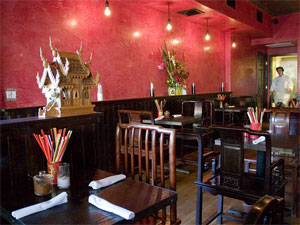 1) A special Eater correspondent emails, "WTF is with NY Times' obsession with Fatty Crab? It was mentioned AGAIN last week in the Jancis Robinson (Oxford Companion to Wine author) story. That's its THIRTEENTH mention this year. In '05 there were four more (the restaurant only opened last September). That means 17 mentions in 14 months. (Thanks, Lexis-Nexis.) And it’s not like they’re making news—the Times has plucked the resto for a whole host of totally arbitrary trend stories including ‘late-night dining’ and ‘alternative halftime snacks’. And Zak Pelaccio was featured twice in The Chef—in August!! And yet: no Bruni review. (Side note, as far as I know, Fatty’s only PR rep is Pelaccio’s investment banker-turned-independent foodie publicist wife Ana Jovancicevic.) Just sayin’."

2) Frequent media notices that dessert bar Kyotofu (lately of Inside fame) has been open long before it actually was has drawn the ire of one blogger. For the record: "In addition, it is only open at night. It is not a bakery. It is a dessert bar. The place is tiny." [Lifestyle of a Yuppie]

3) Here's a comment at Off the Broiler that has just been brought to our attention by an alert reader: "bourdain says: I, too have become utterly disenchanted with eGullet. It;s become the domain of 'Comic Book Guy' from the Simpsons–basically talking to himself. A real pity to see what’s become of it as it once showed such promise." [Off the Broiler]