We're going twosies on the Dish again this week. Later, the Dish gets new-old-school, with the Russian Tea Room, The Beatrice and more. Right now, we kick things off with an all Far East edition. Ready when you are. 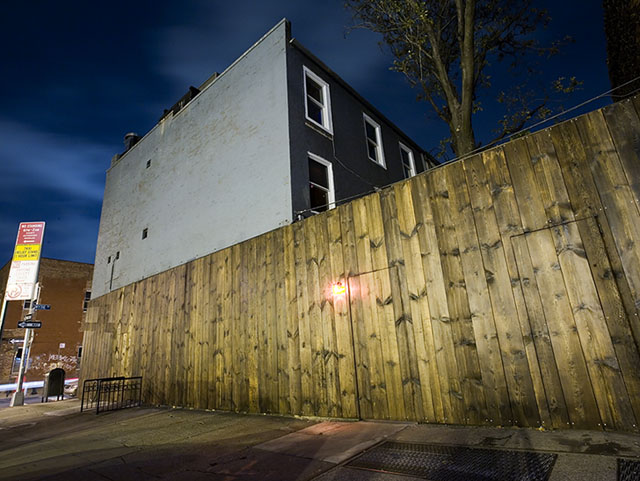 1) Zenkichi: Today, husband and wife team of Motoko Wantanabe and Shaul Margulies open Zenkichi, a fairly rigorous recreation of a Tokyo pub izakaya, complete with perhaps the most subtly alluring restaurant exterior (above) in the five boroughs. Though the room is intimate and we appreciate the extremely high value they're putting on privacy (wait-staff call buttons included with every, semi-private table), the food remains a work in progress. Inside treatment to follow. 77 North Sixth Street, Williamsburg; (718) 388-8985. [EaterWire; DailyCandy]

2) Gyu-kaku: Let's go to the pavement: "I was walking around midtown looking for a lunch spot and was lucky enough to catch Gyu-kaku's new branch during their soft opening for lunch. Went in and ate lunch for free. Food was pretty good and I didn't even smell like BBQ afterwards. Their lunch Grand Opening is November 1 so unfortunately the free food has ended =( but hopefully they will have some kind of opening promotion when they open for dinner later in the month." Short story: the new uptown branch of Gyu-kaku is now open for lunch, with dinner service to follow. 805 Third Avenue; (212) 702-8816. [Gyu-kaku.com]

3) Mai House: In the three-hole today, because too much Nierporent is barely enough, we'd be remiss not to mention that Mai House opened last night. An operative who was on the scene last night had this to say: "Drew, dressed in his trademark sweater vest, was lecturing the FOH staff on the finer points of service --- "You're here to serve the customer, not the kitchen." It may not be the most startling insight, but I've been to a few restaurants where the staff needed that lecture. If I'd been able to dream up an excuse, I'd have liked to hear more of it." 186 Franklin Street, Tribeca; (212) 431-0606. [EaterWire]