The city should prove somewhat quiet for the next couple of days, at least areas other than Times Square, which means if you're in town you can sneak into some of the newer, smaller joints of the moment. None of them are press darlings, but all of today's Inside picks are worthy of at least one trip. Enjoy. 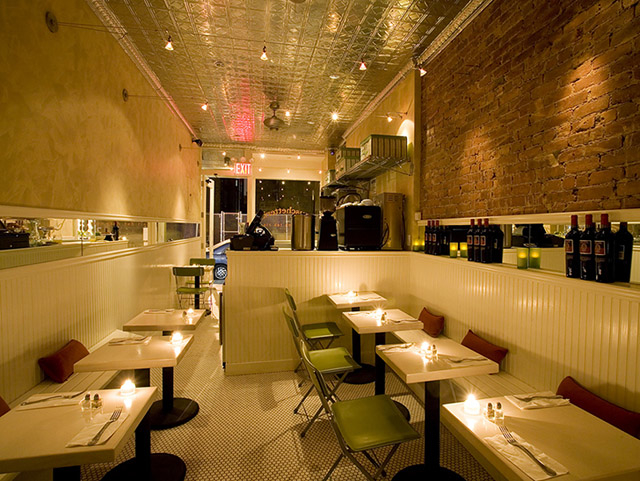 What we have here is Bruschetteria, which is a newish addition to Rivington Street on the border of Nolita and the LES. Certainly there is an 'inoteca run-off factor here, but the venue is doing enough right on its own to warrant non-comparisons to its Italian cafe cousin to the east. Smaller and narrower, but also lower impact during prime time, this venue should have at least three good years in it, if not several beyond that. Make no mistake, however, the venue is humble and appears above at Maximum Kalina.