Introducing Eaters' Journal, in which we muse on recent meals. We collectively eat out upwards of 20 times a week in these parts, so we might as well discuss. 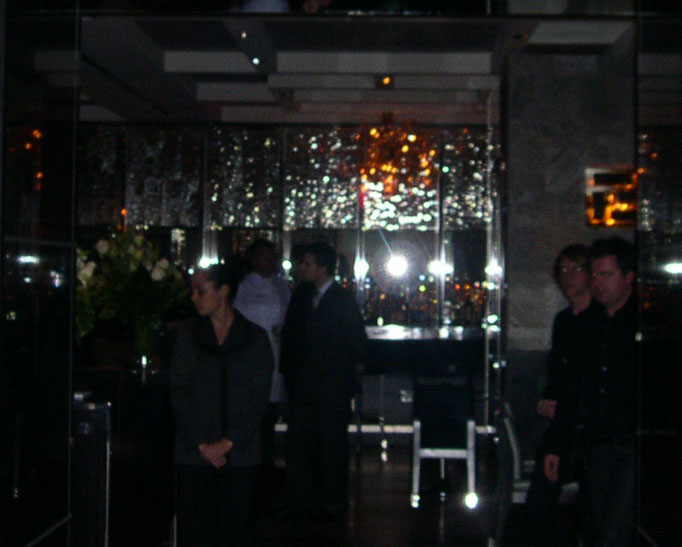 The London Bar at Gordon Ramsay: Opening night at Ramsay had the dining room filled with a wide swath of the NY eating set. Among assorted British and European accents were nearby suits as well as Ryan Sutton of Bloomberg, Restaurant Girl, Augieland and, surely, other food writers and bloggers dutifully taking notes and annoyingly taking photos (RG, we're talking to you, love). It was all ringled by King Ramsay himself, who worked the room like a champ, stopping for especially long stints at tables with favorable male-to-female ratios. But we especially appreciate that he was half in kitchen whites, which given his celebrity is half more whites than one might have expected.

Yet, the house was not firing on all cylinders (though the AC was working). While there were exceptional highlights -- marinated Beetroot with sairass cheese, pine nut and cabernet sauvignon dressing and a Gilthead Bream with native lobster risotto, lemongrass and thai basil; the pork belly half of the arctic char with pork belly was exceptional -- Ramsay is unquestionably still sorting out his fish purveyor, as nearly all of the offerings with fish could and should have boasted raw ingredients of a substantially higher quality. Either that or the limited first-rate fish he has is being saved for the formal dining room. The worst offender of the bunch was the Peekytoe Crab Mayonnaise with avocado, sweetcorn sorbet and caviar, which may eventually be excellent but last night was a sad mish-mosh of mayonnaise and avocado, the fish being too fishy to be the spotlight. There was also the issue of painfully uncoordinated service, but day one is day one and surely, hopefully, that will be fixed in good time.

Small adjustments will make this into an excellent restaurant; indeed, many dishes we very close to being exceptional. But, it's not a venue we're rushing back to until it becomes a little less London and a little more New York.
· Ramsay III: T Minus One Week [~E~]
· Ramsay III: Party Time [~E~]