Chang Changes It Up at Ssäm

Share All sharing options for: Chang Changes It Up at Ssäm

Because if his public isn't happy then neither is he, Second Avenue ssäm impresario David Chang has expanded the daytime menu at his Momofuku Ssäm Bar. As he put it to us, this was a choice about choice:

we changed up the daytime menu, basically it's the same as before, we just added a couple of items and made it so people could personalize their own ssäm. also, we didn't realize that customers wanted the original (Berkshire prok, onions, edamame, pickled shiitake, red kimchi puree) ssäm, so it's sort of like the whole mess when Coca-Cola created 'new coke' and had to go back to 'original coke'. The menu is something that we will continue to tweak and mess around with.

For those hoping The Chang would relax the time restrictions on his late-night menu, optimism is nothing to be ashamed of. But it's still 10:30 or later for the Berkshire pork shoulder feast. 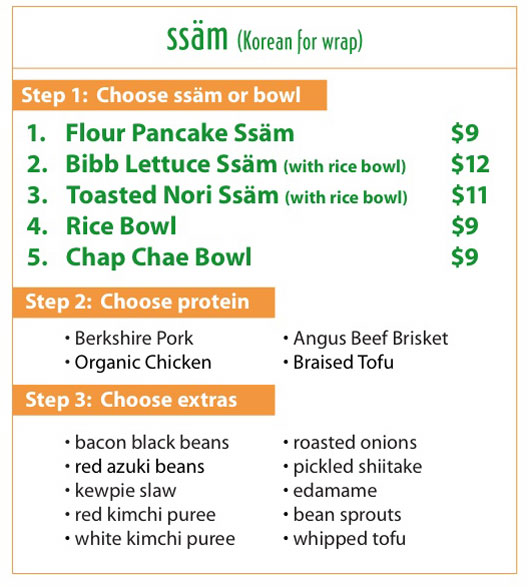