[Photograph outside Nancy Whisky by HoodWatch photographic correspondent Will Femia, who captions it thusly: "The guy in the pool said, 'Labor Day in New York.'"]

Rounding out this week's HoodWatch on North Tribeca (north of N. Moore Street), we present a roundup of neighborhood picks sent in by Eater readers (including more love for Nancy Whisky), and neighborhoods pics taken by Femia. Do enjoy. 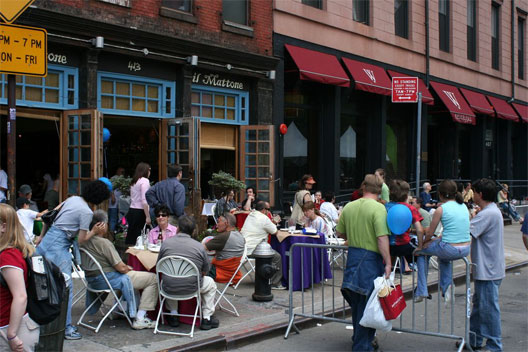 · "Nancy whiskey pub has awesome burgers, don’t be a pussy-- order one! The grossness is part of the charm. I used to work with a guy that would never go because he was such a neanderthal he thought it was a gay bar because it had ‘nancy’ in it’s name. I sheet you not."

· "Well, I'm going with a limited sample of bars here, but it would have to be Nancy Whiskey. Really cheap beer, the munchkin mezzanine, and the only bank shuffleboard table in Manhattan. A close second goes to the Whiskey Library, which is a true gem and is far better than Nancy, but is generally out of the price range of mortals. Not a neighborhood joint unless you own a whole building in the neighborhood. And it's ON your dividing line of a block, so I don't know if it counts.

North of North/Nathaniel/whatever Moore is kinda a deadland right now anyway. Much construction from river-to-river, not a lot of retail, a LOT of vehicular traffic, and unfriendly rents/real estate prices. Not far from your dividing line is South's, a bar that is overlooked by a great many and could be one of Manhattan's best kept secrets. Really, NO ONE knows about this place. It's got great atmosphere. No douchebags to be seen. And the prices are reasonable FTW. But not in the actual nabe you specified."

· "Need Walkers on your list..reasonably priced."

· "a new place opened up in the former Burrito Bar space called Province. Menu is just a couple of items, including sandwiches on some sort of chinese bread. Space looks okay, kinda monolithic with a lot of plywood." [Femia Pix] 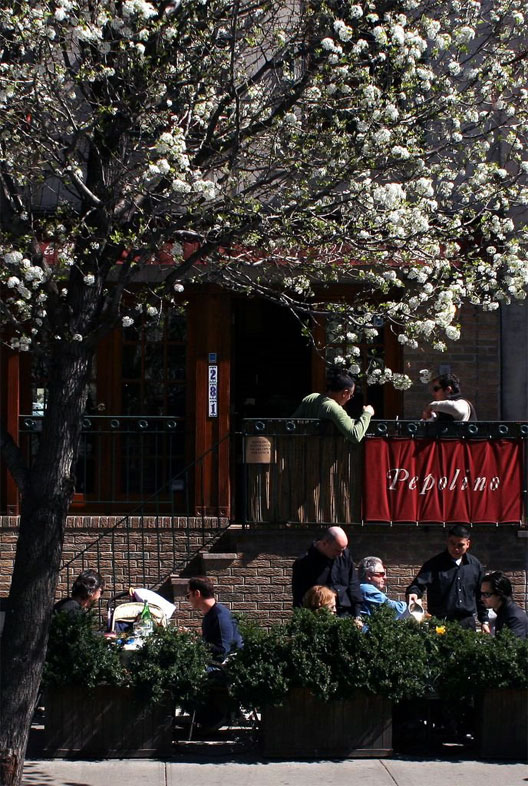 [Pepolino in April. Photo by Femia.]